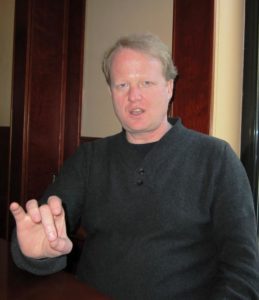 Luke Lonergan has earned the admiration and respect of those he has worked with and who have seen his genuine talent for innovation. Serving as the CEO of Big Data Developer, LLC, Mr. Luke Lonergan is primarily a leader who guides the Board with advice, promotes and calls for stakeholder and organization change as related to the mission of the organization itself, all while promoting employee motivation in the operations, programs and products of the firm.

Luke Lonergan as a visionary

Luke Lonergan is also a visionary who sees the future as full of opportunities for change and who serves as a bridge between the organization and the community as well as between the Board and the company employees. His role as the chief decision maker involves the creation of planning recommendations and policies brought forward to the Board. This also entails that Luke guides the courses of action and decides on them in operations by the staff. Luke is the overall Manager who puts plans into action, oversees financial and physical resources as well as the human resources of the organization and its operations. His responsibilities also include forwarding recommendations and supporting the Board during self-evaluation and orientation.

Luke Lonergan is aware of his responsibility to give back to society as much as he has received, which is why he offers wholehearted support to some worthy causes and organizations such as: the Peninsula Humane Society & SPCA; the Wounded Warrior Project; the Second Harvest Food Bank of Santa Clara and San Mateo Counties; The Leukemia & Lymphoma Society.